You don’t know squat until you’ve analyzed the data

I still remember the first conversation I had with my boss at my fancy, new Corporate Job (i.e. Motorola, back when they were still a huge company).

Even though I had spent three months in an in-house training program for fresh-out-of-college new-hires, I had no idea what I’d be doing for an actual job. I knew I had been given one of the coveted positions in the Advanced Systems Division. Not only that, I’d be working in the Space Systems group. 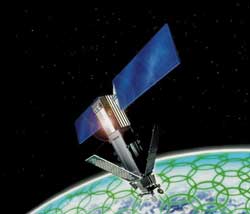 An artist’s concept of an Iridium satellite orbiting the Earth. Photo: Iridium

Had Invader Zim aired prior to 1997, I would have walked in singing The Doom Song.

Eventually, I did get to play in all of those areas. The people I worked with were some of the brightest minds in the (new at the time) commercial space sector. These were the guys and gals that envisioned and then built the Iridium system (a huge flop as a business, but a brilliant engineering feat).

But that was to come later…

Instead, my boss told me that my new job was to become the corporate-wide expert with a very advanced software system for modeling highly-complex stochastic processes. We’re talking systems will trillions of potential outcomes.

Oh, and the results I would be generating were going directly to the top, where the VPs would be making multi-billion-dollar decisions based on the numbers I gave them.

For those of you who hated math, let me put that into non-scary terms:

Imagine you’re getting ready to take a trip across the country. Consider all of the things that have to work perfectly for you go get to your destination. Let’s just start with the car you take to the airport. How many things in the car could go wrong at any given moment? Now factor in traffic.  Then the weather at the airport.  And if you think your car is complex, imagine the number of system necessary to make that plane fly…

You get the idea.  I was basically simulating that entire series of processes, but for launching and operating communications satellites.  So replace the car with rockets and the airplane with a state-of-the-art satellite (dozens of them, actually).

You’d think this might have ruined my day.  Oh no, mon ami. I couldn’t have been happier (OK, maybe if I actually go to go to a launch).

This was data analysis on steroids. And it’s a lesson I’ve kept with me ever since.

I’ll be talking about this a lot more in the future, but let me just start with the basic idea:

You don’t know squat until you’ve analyzed the data.

It’s one of the many reasons the death rate for new businesses is so high. People are shooting in the wind with their marketing, their advertising and even their product features.

We hear a lot these days about “Big Data.”  That’s great.  We’re living in a world where it’s becoming easier and easier to collect the data.

But you don’t need BIG data to help your business. Most companies haven’t started collecting any data. Or, if they have, they have no idea what to do with it.

I’m certainly not going to teach anyone how to build stochastic activity networks with trillions of states, but I do hope that I’ll be able to provide you with some basic strategies and tools for getting a grip on what’s working and, more importantly, what’s not working for your business.