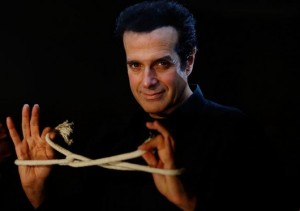 A friend sent me this article a few days ago:

The 10 Richest Magicians In the World

I’ve been fortunate enough to have met and spent time with most of them (one of the perks of being a faculty member of the world’s most prestigious magic school). In fact, one of them is a long-time client and friend.

After reading the article, I began pondering what these 10 people have in common and what we can all learn from them. Here are my Top Three:

When Lance was working the Monte Carlo, we used to take our classes to see the show and then do a Q&A afterwards. One of the questions that came up every time was “How did you get to be so successful?”

Lance’s answer was simple: “Just work on your show.”

If you don’t deliver a quality product, any success you experience will not last long.

There was a magician in my hometown that used to give me crap for spending all my time working on my act. He thought the path to success was being “just good enough” to get them to book you. I have to give him credit: he was much better at marketing and sales than I was. He worked a lot of parties — but only once. He never got rebooked and never landed long-term engagements.

The good news is that if you truly love what you do, constant improvement should just be part of the fun!

If you’ve read more than a one or two of posts form me, you’ll have already come across the concept of Wisdom Filters. These are the people who have amassed a wealth of knowledge through thousands of hours of experience, and are able to pass their wisdom on to others.

One of a Wisdom Filter’s primary roles is to cut through the noise. Anyone can portray themselves as an “expert” on the internet. Marketers are constantly developing new techniques to get their message into your consciousness. It’s increasingly difficult to filter the B.S. from the real deal.

All of the people on this list have surrounded themselves with a team of experts to help them with the things that are outside their primary area of expertise (performing, in this case). This means they don’t waste time doing “research” into areas that don’t concern them. It’s their team’s job to simply give them the best solution.

In fact, I’ll let you in on a little magic secret. Most highly successful magicians don’t develop their own material! They have a team of people to develop the tricks for them. Remember, these people are successful because they are great performers. That doesn’t mean that they’re great inventors.

Finding and connecting with Wisdom Filters takes time, so get started now!

I’ll give you the first three steps:

I first learned of the “flight time” concept from Penn Jillette (of Penn & Teller, obviously). It’s one of the critical measures used to grade pilots. It is, quite simply, the number of hours they’ve flown an airplane.

I remember being in the audience the night of Lance’s 15,000th show. Try to wrap your head around that! I also know that during Lance’s first Las Vegas gig at the Tropicana, he worked for two years without a single day off (yes, including Christmas).

My most intense magic job was with River City USA. I was doing 13 shows a week. That’s 676 shows a year. Even at that insane pace, it would have taken me over 22 years to catch up to Lance!

For those of you who haven’t “made it” yet: how many engagements are you taking? You can be a prima donna… or you can build a successful career.

The more you work, the better you get and the more people you reach.

The better you get and the more people you reach, the more (and better paying) work there is.

It’s the snowball effect. But no matter how steep the hill, the snowball won’t grow unless it’s picking up snow with every revolution.

If you want to add financial resilience to your career, pay particular attention to Penn & Teller and David Copperfield. They understand multiple streams of income.